Why Women in Sales Don’t Want to Work for You

In honor of International Women’s Day, how can your sales team attract more female rainmakers? 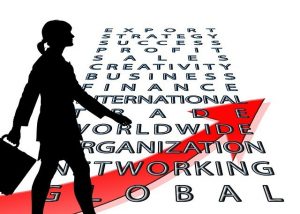 It was 1936. My mom graduated with a degree in finance from Syracuse University, but she couldn’t get a job at a bank. They didn’t hire women, not even as tellers. That was 16 years after the 19th Amendment to the U.S. Constitution granted suffrage for women. We’ve come a long way since then, but some industries and professions still have miles and miles to go.

There’s always been bias against women in sales, and anyone with different color skin, ethnicity, or beliefs than decision-makers and hiring managers. Today, many organizations genuinely want to change that, either because it’s the right thing to do or because it’s the smart thing to do for the bottom line. Nearly 80 percent of Fortune 500 companies have implemented rigorous initiatives to hire more women, according to PwC.

Whatever the reason for the change, the rallying cry is to attract women in sales. But what if women don’t want a career in sales?

Why Women Shy Away from Sales

Sales is a full-time job, which today means almost 24/7. It wasn’t that way in previous generations. Women and men worked, but they were home for dinner with their families—precious time that’s been taken away from us in today’s world. Perhaps that’s why millennials are more likely than their parents and grandparents to take time out of the workforce to care for children. A Harvard Business School alumni survey found that 37 percent of Millennial women (42 percent of those married) and 13 percent of Millennial men expect such career pauses.

There’s an even bigger problem for women in tech sales. If they pause their careers, they might have trouble restarting them. Technology advances so quickly that these women might struggle to catch up. What are companies doing to keep these valuable women current? Obviously, not enough. What they should be doing is developing programs to keep these valuable employees up-to-date on technology advances, policy changes, customer feedback, and anything else they need to know. How often and in what format? Ask them what they need and want.

There’s another wrinkle. Women aren’t applying for sales positions. Sales leaders tell me it takes an intentional effort to find women who even want a sales career. Lack of work/life balance might be one factor. Some might be turned off because sales has a bad reputation (think about the used-car salesman stereotype). Others just probably never thought about a career in sales. I never did.

Or maybe they’ve heard stories from women who applied for sales jobs, went through many interviews, and lost out to men. Unfortunately, that’s not uncommon. Perhaps they’ve also heard from women in sales who worked just as hard as their male colleagues (if not harder), but got paid less. According to the U.S. Census Bureau, sales and finance are the two occupations with the largest gender pay gap.

There are lots of inequities in this profession, and shoring those up might certainly help more sales organizations attract women. That will take time, concerted effort, and money. But investing in women is always worth it.

The Truth About Women in Sales

The irony is that women are great at sales, especially referral sales. Our brains are hard-wired differently than men’s. We play the long game and make the time to build strong, long-lasting, trusted relationships.

Selling is a person-to-person business based on trust. Unless we trust a salesperson, there is no business. And referrals are built on trust. We put our reputations on the line when we refer someone, don’t we? We trust the salesperson to take care of our colleague or client as we would.

The same is true when someone refers you. They trust you. The prospect trusts them, and that trust is transferred to you. It’s a multiplier effect, and it’s a great place to start a sales conversation.

Women give and receive more referrals in their lifetimes than men. That’s not surprising because women are amazing connectors and excel at business networking. Women understand that networking means expanding connections and building relationships. Attending business networking events is not necessarily about getting leads. That’s a short-term play. Sure, it can happen if you’re in the right place at the right time. But relationships don’t happen overnight, and the long game matters.

Women also excel at quota attainment, according to a study by Xactly. We perform better and are more loyal. It’s not just the research that demonstrates women are high performers. Men tell me (unsolicited) that women are the best salespeople they know. I was curious about their reasons, and they told me that women:

Men certainly build relationships, but women take a different approach. We don’t always get straight to the point (sometimes to the consternation of men). We take time to ensure we understand all the issues before offering solutions. We don’t settle for the here and now. We carefully consider the long-term implications of any decision: Who will be impacted, what needs to be addressed for change to happen, and what are the financial implications? The best solution doesn’t always mean going from point A to point B in a straight line. That’s a natural advantage in sales—one of many strengths that women in sales bring to the table.

Where Are All the Women?

A CEO told me he wanted to hire more women. His sales team was all men—middle-aged, white men. He asked if I’d send women to him if I knew someone. Wrong question on every front. Women aren’t waiting in line for his or any other sales jobs. I told him he’d have to go out and find them.

The problem is that most companies don’t know how to find women in sales. In all fairness, many companies have committed to hiring and promoting women. Sales Loft is one. They have a group called LadyLofters and actively promote their achievements. They host business networking events for women at their annual Rainmaker conference.

Overall, panels at sales conferences are getting more diverse. We’re seeing a shift in the number of women on the main stage and in breakouts. And thank goodness for that. I was at a conference last year with only one woman on the main stage. The men were loud and used macho, violent language, such as “crush your quota” and “have a killer time.” They had everyone stand up and yell their agreement. There was way too much testosterone in the room.

It’s very similar to the language used when companies recruit for sales. As SalesHacker puts it, for many sales organizations, the recruitment materials and “social media presence is an advertisement for ‘bro culture.’”

Language can draw people in or set up a barrier. If you want to attract more women, watch your language. While women are a good fit for sales jobs, the culture in many sales organizations may not seem like a good fit for them.

Bottom line: If your company is having trouble attracting and retaining women in sales, the problem is likely with your corporate culture. Until you change that, don’t even bother trying to recruit women. They won’t be interested.

Making progress is tough when governments and businesses are dominated by men. Where are the role models for today’s women? Remember the centuries of smart, talented women who refused to be second-best, who fought their way to the top and pulled other women up with them? It’s up to all of us to encourage and support the women in our lives and create a workplace where they can thrive—sooner, rather than later.